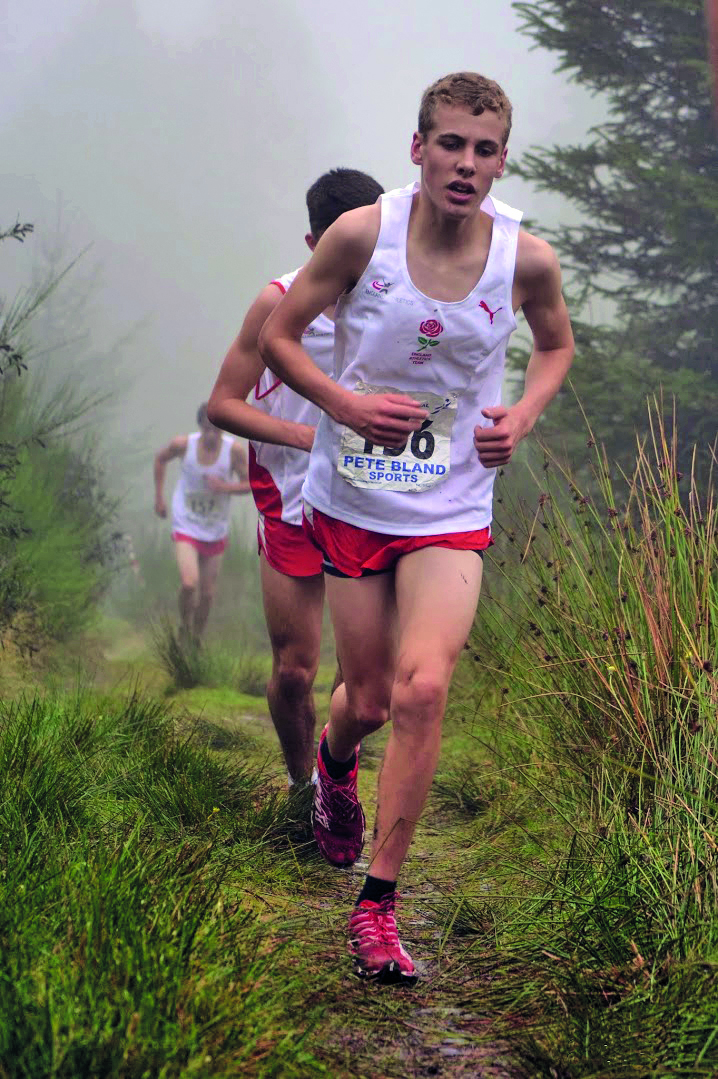 Jack in his English vest for the first time working hard for his 6th place www.woodentops.org.uk

It was another day to remember for Calder Valley Fell Runners’ juniors last Saturday at the Mountain Running Home International in Aberfoyle. Scotland. Heptonstall-based Max Wharton helped England under 19s win gold in the team event against the best fell runners from Wales, Scotland and Ireland over a hilly forest route. Wharton finished fourth but was left feeling that he had got his tactics wrong after after leading for almost the whole race. Only second-placed Nathan Jones (Wales) prevented an English clean sweep..

Running for his country for the first time clubmate Jack Denton came sixth and and was the third England runner to finish in the under 17 race. He still has two years left in the age group. England also took team gold.

There was disappointment for Valley’s other under 19 star, Brad Traviss, who was unable to run due to gastro-enteritis. However, the successes of his clubmates came on the back of other Calder Valley junior triumphs in Bulgaria and Poland recently.

It was a day when England dominated, with Scotland and Wales having a close fought tussle for the other medals. Ireland were unable to recapture their form of recent years, and various runners who had missed selection for teams confounded the selectors in the open races.

The weather was warm but damp on the day, and for 24 hours beforehand, making the courses tricky underfoot.

The Championship is contested between Under 16 and Under 19 male and female teams, with open Under 14 and Senior races to complete the programme.