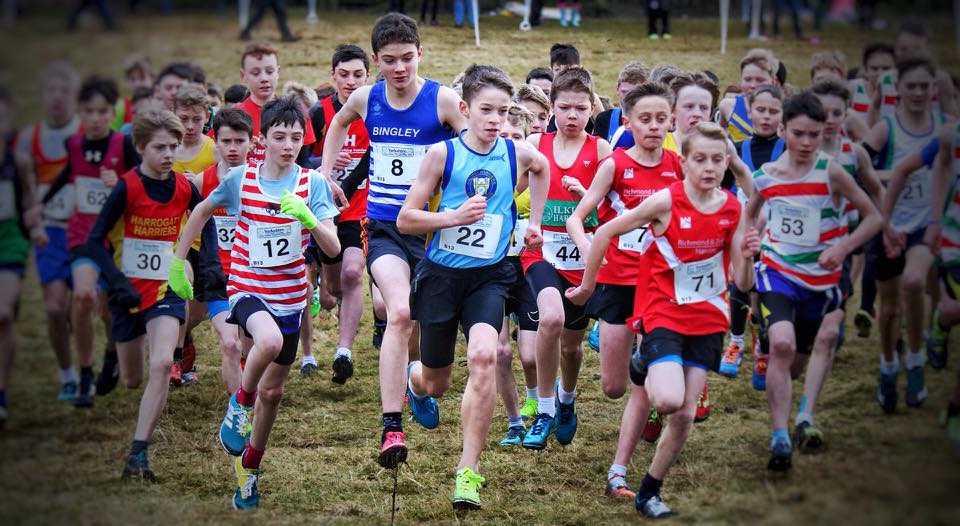 It was the first race in the Kendal winter League at Scout Scar where Will Hall showed no after effects from his christmas celebrations or moving up to a new age category. He placed 3rd in the under 15s in a very competitive field. Will had a proper battle with Henry Hunter where the two super young runners, neither of which was prepared to give an inch, battled it out to the finish line with Henry just taking 2nd spot by 1 second. First home for the local hosting team of Helm Hill was Ollie Sanders. Patrick Casey had a good start to his campaign placing 8th in the under 13s. Will Hall and James Duffy, who was running in his road club colours, had been in action the day before at the Yorkshire cross country at Lightwater Valley. Will placed an excellent 13th with James only a few places back in 22nd. (Will number 12 and James who was going so fast he lost his hoops no 22)